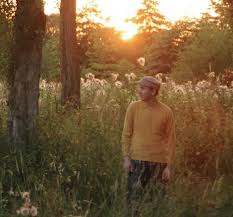 A small jazz label doing adventurous work is as newsworthy as dog bites man, I know, but to the roll-call of the worthy independents ASC, Babel, Basho, Candid, Edition and F-Ire, can be added the name Gondwana, which came about when Manchester trumpeter Matthew Halsall sat in at Matt and Phred’s jazz club, and decided that the talent on display needed an outlet.
Releases so far include four from Halsall, and three from saxophonist Nat Birchall. “When I first saw Nat play,” recalls Halsall, “he was playing ‘Journey in Satchidananda’, the Alice Coltrane tune, and I was [thinking], this guy’s exactly on the same wavelength as me.” The affinity between the two musicians is strong. They regularly appear on each other’s records and tend to draw on the same pool of players, including harpist Rachael Gladwin, bassist Gavin Barras, and pianist Adam Fairhall, giving the label an identifiable sound – the modal explorations of Miles and Trane reflected through Halsall and Birchall’s own deep feelings – and titles such as Birchall’s Sacred Dimension suggest a ready classification: Spiritual Jazz.
Halsall has no problems with the term. “I studied at the Mahareshi Meditation School, so I did a lot of meditation and studied a lot of philosophy and Indian meditation, and I’ve also studied Buddhist meditation, and Nat’s partner teaches Yoga, and he’s into all sorts of spiritual philosophies. So it definitely is a part of who we are as individuals, and it’s become part of the sound of the label.”
And, bucking the trend of the jazz economy, the venture is gratifyingly successful. “We haven’t lost a penny yet,” says Halsall. “We’re in profit on every single record and we’ve had enough profit to continue making future releases. The first ones from Nat and me made enough to get our money back and make another record. And then each time we’ve made another record it’s made more money, so we’re getting more and more money each time. Apart from slowing down, it seems that sales are increasing on every release.”
It helps that the music is immediately attractive: serene, quietly yearning, marked by restraint and space. Halsall’s latest, Fletcher Moss Park, embellishes with the textures of flute and harp and string quartet. If it sounds bucolic, it may be because the pieces were composed in nature’s bower: “I like to make music in different environments, so I’ll make music in the park, or in a nice pub somewhere. Wherever I take my laptop, I’ll make music there.”
Hence, the title of the album: much of the music was actually conceived in Fletcher Moss Park, Manchester’s most prominent botanical garden and wildlife habitat. But does he favour the nicely cultivated garden or the wilder bits?
“Both,” says Halsall. “Some of it was written in the top bit where the cafe is, because I like a good cup of tea, so I sit in the cafe area looking down on the botanical gardens, and then I’ll also write down in the wilder bits further up.”
Halsall elaborates on his working methods.”I tend to not think about what I’m creating. I just go with my gut instincts. If I’m liking the sounds of the notes I’m playing on the piano, or on a laptop than I go with it. Each month I’ll have ten tracks that really stand out and they’re the ones that I’ll take into the studio. They’re just ideas at that stage, bare melodies, bass lines and chords. Luckily, there’s always about six that work.”
If I have a criticism, it might be that the music offers a gloss on Miles’ Kind of Blue, and Kind of Blue is now more than half a century old. Halsall concedes the point and explains: “The artists I listen to, they always started in something that was either of the moment or [distilled from] past moments, and then they start to mould it into their own thing, expanding their influences and listening to new music. I’m still finding my way with various technologies and all sorts of new techniques with my trumpet. I want to make a stand-out record that people will look back to like they did with Miles’ electric, groundbreaking projects. But I’m not rushing to make the new sound because I want it to be really special when it comes out.”
Halsall’s trio project, utilising trumpet, electronics, Rhodes keyboard, and drums, is more obviously bound for the outer limits, but has so far not been recorded. However, the latest release on Gondwana, marking a departure for the label, does offer a future sound of jazz, and a crackling, vital future sound of jazz too.
The rhythms heard on Fanfares by GoGo Penguin didn’t exist fifty years ago. Demonstrating that the piano trio is the most forward-looking vehicle in jazz today, Chris Illingworth’s rippling arpeggios vie with unexpected and spooky noises that can be traced to Grant Russell’s bass more by elimination than anything. Remarkably, Russell emulates electronic textures with just a bow, reproducing the shock without the synthetics. Drummer Rob Turner can turn rhythm on a hairpin, dividing and then sub-dividing the beat into discrete parts for spontaneous counterpoint. He is a marvel. Esbjorn Svensson is a reference point, yes, in the invigorating use of diminuendo and crescendo, but Queens of the Stone Age are in there too (their showstopping cover of ’Song for the Deaf’ is not included, alas).
Techno and rock influences abound in a sound that is essentially simple, melodically-based and brimming with positive energy. How Manchester!